Other five Ethiopian nationals were apprehended at the border after escaping citing a hostile environment as the reason for their escape. 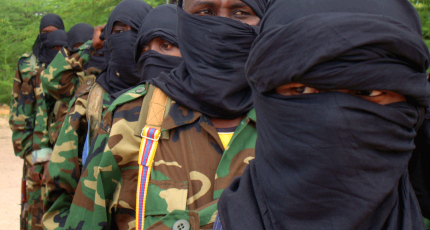 NAIROBI, Kenya – Police in Wajir and Garissa are holding six individuals suspected to be members of Somalia’s Al-Shabaab militants. The developments came as Kenya heightened operations at the main border following an onslaught in Somalia on the militants.

Police said the six were apprehended separately while attempting to flee into Kenya after encountering a hostile environment in the al-Shabaab training camps.

The terror group recruits members from Tanzania, Kenya, and Ethiopia by promising them relatively high pay, but they change their minds once they arrive at the training camps, causing them to flee to Kenya.

Tanzanian banker Yusuf, 38, was arrested in November in Liboi, Garissa County, while three of his colleagues escaped.

Other five Ethiopian nationals were apprehended at the border after escaping citing a hostile environment as the reason for their escape.

Police officers are now using the information obtained from the suspects to improve border patrols, particularly along the routes and areas that militants fleeing Somalia are likely to use to enter the country.

Police said they are keeping a close eye on the situation in Somalia and that more security personnel have been deployed to the border.