The conference has been getting better day by day and progress has been made on the issues discussed in the country's elections. 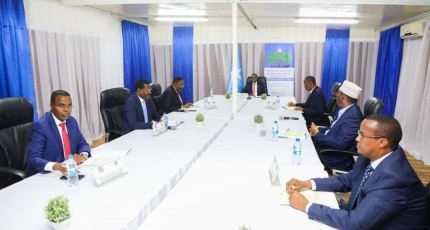 MOGADISHU, Somalia - The meeting of the National Electoral Consultative Forum, chaired by the Prime Minister of Somalia Mohamed Hussein Roble, has entered its fourth day on Tuesday, and has tangible progress has been made, said a government spokesman.

Speaking to state TV, Mohamed Ibrahim Moalimuu announced that the meeting between PM Roble and the leaders of the five Federal States plus the Mogadishu mayor will be concluded next Thursday with a joint communique.

The conference has been ongoing since last Saturday with the leaders making all efforts to resolve the standoff over the country's election process, mainly the contentious issues that emerged following the signing of Sep 17, 2020, electoral agreement.

WATCH: Tangible progress has been made and the summit in #Mogadishu is scheduled to be officially closed on Thursday with "good news" says Government Spokesperson @MOALIMUU. #Somalia pic.twitter.com/Dfb5efAJcH

Moalimuu said the leaders have shown maturity and readiness to reach an agreement that finalizes the long-standing dispute that led to postponing the parliamentary and presidential elections twice since Dec 2020.

The outgoing president Mohamed Abdullahi Farmajo is not attending the key talks at the Afisyoni tent in the Mogadishu airport facility under the protection of AU and Somali police.

Three countries in the region, Ethiopia, Kenya, and Somalia are in the grip of a punishing drought, with warnings that Somalia is at risk of famine. 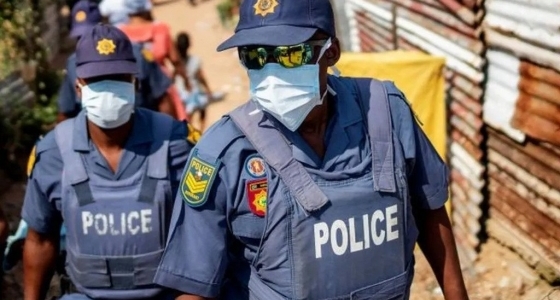 In the seaside city of Beira, police in Mozambique detained five Somalis who they believe to be part of a network of kidnappers and drug dealers.