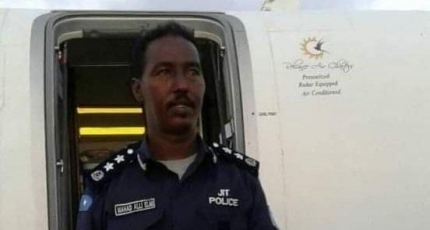 MOGADISHU, Somalia - Suspected Al-Shabaab attackers gunned down a senior Somali police officer on Sunday in the Somali capital, Mogadishu as he was headed to work, witnesses said, the latest targeted killing in the war-torn country.

Col Mahad Ali Elmi is popularly known as [Mahad Dollar] was killed by pistol-wielding two men near his house in the Seypiano area in the capital's Hodon district in the morning.

The killers have fled the scene shortly after the targeted shooting before security forces arrived, said witness Aden Hassan, who confirmed the incident to KON.

No one immediately claimed responsibility for the killing in the capital which has witnessed an increase in attacks targeting government officials and military bases.