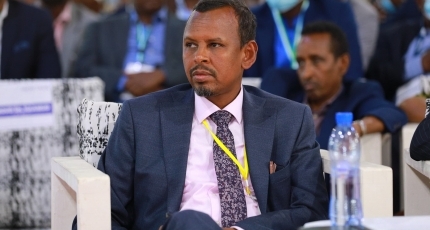 MOGADISHU,. Somalia - Abdirashid Hashi, who is a political thinker and intellectual has accused the outgoing President, Mohamed Abdullahi Farmajo of disfiguring the country’s political system.

The former Heritage Institute director said Farmajo violated the constitution and law of the country as he calls ex-Presidents inappropriate names such as; destructive, an enemy of the people, and spoilers driven by foreign powers just to tarnish their reputations and dignities.

“His internal mentality and experiences are not based in the external reality and that is the worrying things because they have misled folks who are paying his arguments; we must be, therefore, concern about it,” he said – adding that, the outgoing President, Farmaajo is not suitable to be in charge not in this time but ever.

According to him, it draws in the end, that if another outgoing leader has continued to sustain in power, a lot of what is going wrong would have been kept down in a country that fed up with authoritarianism.

“His intolerance of constructive critics tears the very fabric of our nation and raises uncertainties in our system of governance,” Hashi pointed out calling on the soldiers to refrain from getting involved in any form of oppression as the attacks conducted in the name of the state happened with impunity.