The Somali government is planning to impose a curfew on Mogadishu city for few days ahead of Saturday's protest to make it futile. 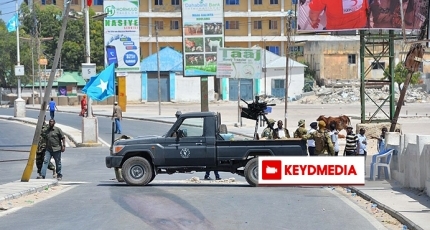 According to a confidential report obtained exclusively by KON from the police, top members of the Somali goverment have met the Somali Police Commission to discuss how to reinforce curfew and take the city into lockdown.

Farmaajo who autocratically stays in power will use Covid-19 as an excuse to oppressively violate the practical reality to exercise constitutional rights.

The plan to lock-down the city will be jointly conducted by the Somali Police and Benadir Administration, sources confirmed.

In a statement released last night, Farmaajo called the members of the Federal government and Benadir region to proceed with the talks on Thursday shortly after PM Rooble's talks with the opposition candidates in Decale came to an end.

It is unclear what is in store for Rooble if Farmaajo fails to recognize the deals reached collectively by the sides but KON understands that banning the city from the movement will not stop the opposition rally from holding protest just like they did on February 19.

It was in mid-April last year that the head of Somali Police, Mr. Abdi Hassan Mohamed Xijar imposed a curfew on the city for 15 days.