The meeting is expected to focus on the progress made in the election preparation led by PM Roble 30 days after the poll deal was signed. 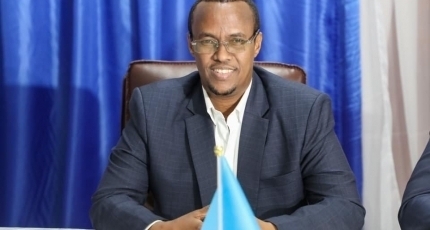 MOGADISHU, Somalia - HirShabelle has announced its leader Ali Guudlaawe will not be part of the Federal and State leaders set to hold talks in Mogadishu on the electoral process in the country.

"HirShabelle state clarifies that it will not attend the consultative forum between the Federal Government, Federal States, and Benadir regional administration which is slated to kick off in Mogadishu on Sunday," said the regional state in a statement.

The statement further said that the decision was made on the grounds that HirShabelle leadership was not consulted on the convening of the meeting and therefore it will never accept the outcome.

HirShabelle state leader is currently in Turkey is reportedly concerned about the agenda of the conference, mainly the issues related to the electoral constituency and the reduction of delegates picking the new lawmakers.

This shows that a new controversy surrounding the electoral process agreed upon last month has emerged that could be a setback to the PM-led efforts to hold peaceful and inclusive elections in Somalia in a short period of time.