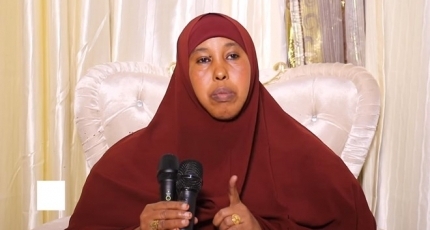 MOGADISHU, Somalia - Ikran Tahlil's family has strongly opposed the appointment of a committee appointed by Farmajo last night to investigate the murder case of their daughter.

Tahlil, 25, who has been missing since June this year was announced dead Sep. 2 by NISA, the spy agency she has been working for as a senior cybersecurity agency since 2017.

Speaking to the local media in Mogadishu last night, Ikran’s mother Qali Mohamud Guhad said the family has trust in the PM-appointed commission led by the military court chief.

"We as the family of Ikran Tahlil not satisfied with the letter by Farmajo appointing a committee into the investigation of Ikran's case. We only accept and have confidence in the probe by the military court, where we filled our lawsuit already," she had added.

The bereaved mother has described a "surprise" that some of the suspects in the abduction and murder of Ikran Tahlil, including Yasin Farey to be included in the investigative body.

She announced that the family would seek legal action against Farmajo for his attempts to bolster impunity and obstruction of justice for her daughter killed by members in his circle.

The family's decision came shortly after Farmajo, the outgoing Somali president named a 5-member inquiry team led by the Attorney-General and deputized by the Military Court boss.