Meanwhile, a severe drought threatens to drive millions into famine, and UN agencies have warned of a humanitarian catastrophe unless early action is taken. 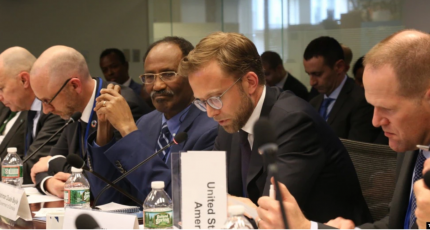 MOGADISHU, Somalia - The International Monetary Fund has agreed to extend the duration of a crucial aid package to Somalia, following a long-overdue presidential election last weekend.

The three-year $400m aid package from the IMF had been set to automatically expire on May 17 if a new administration was not in place by then, with multiple election delays adding to the heavily indebted country’s turmoil.

“The extension will provide the time needed to confirm policy understandings with the new government and confirm financing assurances with development partners,” Laura Jaramillo Mayor, the IMF’s mission chief for Somalia, told AFP in an email sent late Thursday.

Somalia’s international partners have welcomed the election of President Mohamud, with many hoping it will draw a line under a long-running political crisis that has distracted the government from other threats, including a violent armed uprising and a devastating drought.

Under the terms of the IMF program, Somalia’s debt could fall to $557m as early as 2023, Jaramillo told AFP in an interview in February.

That in turn would allow Mogadishu to attract more funding from international partners and help develop its private sector.

One of the poorest countries in the world, more than 70 percent of Somalia’s population lived on less than $1.90 a day. The country is also struggling to recover from decades of civil war and has been battling the al-Qaeda-linked armed group al-Shabab for years.

Every month, the federal government runs short of $10m to cover crucial expenses such as staff salaries.

Meanwhile, a severe drought threatens to drive millions into famine, and UN agencies have warned of a humanitarian catastrophe unless early action is taken.

Mohamud – who served as president between 2012 and 2017 and is the first Somali leader to win a second term – has promised to transform the troubled Horn of Africa nation into “a peaceful country that is at peace with the world”.