Inside Ethiopia’s new incursion of Somalia

Ethiopia sent thousands of troops into Somalia in 2006 to help crush the Islamic Court Union, an Islamist group that controlled Mogadishu and most of the south. 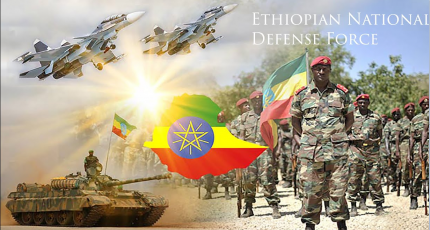 MOGADISHU, Somalia - A large number of Ethiopian troops have been crossing the Somali border since last month, as top army commanders from Addis Ababa visited several cities in the country.

Multiple sources confirmed to Keydmedia Online that the troops entered the country from the border points of the Gedo, Hiran, and Galgadud, south and central regions, and have set up army bases.

This fresh incursion came after Al-Shabaab waged two deadly bombs and gun attacks against Liyu police border outposts in Ato and Yeed in the Bakol region and then went deeper into Ethiopia.

Al-Shabaab is Al Qaeda's proxy in the East Africa region that declared loyalty to Ayman Al-Zawahiri in 2012. The terror group is currently trying to open a new front in Ethiopia after attacking Kenya.

In response to the latest terrorist attacks in the Somali regional state in Ethiopia, Addis Ababa dispatched combat soldiers with tanks and armored vehicles to Somalia to fight Al-Shabaab.

With tacit U.S. support, Ethiopia sent thousands of troops into Somalia in 2006 to help crush the Islamic Court Union, an Islamist group that controlled Mogadishu and most of the south and central.

The Ethiopian forces are pouring into Somalia with an aim to create a buffer zone in the country as announced last week by Mustafe Agjar, the leader of the Somali regional state in eastern Ethiopia.

In the Dolow town of the Gedo region, local residents reported seeing columns of military tanks carrying Ethiopian soldiers who established bases in and outside the city amid tightened military movements.

Ethiopia has troops of ATMIS contingent and non-AU mission forces in Somalia who are fighting against Al-Shabaab, the main threat to its security. The soldiers are mainly stationed in the Bay, Gedo, and Hiran regions.