One seat in parliament was bought for $ 1 million during the 2016 house poll by the owner of one of the airlines operating in Somalia, breaking a record of election corruption in Africa, maybe across the world. 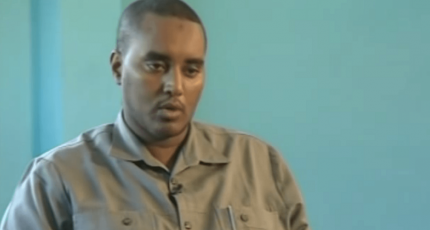 MOGADISHU, Somalia – The Opposition candidates express fear the intelligence chief Fahad Yasin may hijack the next parliamentary election, as he interferes in the process of forming poll commissions.

Yasin, the most powerful man in Farmajo's administration, is said to have in hand the list of individuals who will be the lawmakers of the next 11th parliament, coming from Galmudug, HirShabelle, and Southwest.

The Opposition presidential candidates, led by Abdirahman Abdishakur accused the NISA boss of directly meddling in the country's elections and expressed fears that the vote for new MPs would be rigged.

The next election is feared to become the most corrupt compared to the 2016-2017 vote, due to ongoing interference and Fahad's attempt to ensure Farmajo’s re-election, using money from Qatar.

One seat in parliament was bought for $ 1 million during the 2016 house poll by the owner of one of the airlines operating in Somalia, breaking a record of election corruption in Africa, maybe across the world.

Fahad, according to Abdirahman Abdishakur does not act as a spy commander, he actively involved in politics and has a strong voice in the government decision-making process.

“We commend the Somali army & police chiefs for implementing the election agreement by not interfering in politics & elections. However, the intelligence chief is still meddling in the vetting process of elections committees. There are still members of NISA in these committees” said the opposition leader.

The former Al Jazeera Arabic journalist himself is expected to run for the parliament seat to get impunity to avoid being prosecuted for gross crimes he committed throughout Farmajo’s four-year presidency.

The opposition candidates' expectations over free and fair elections in the country are not very high as the voting process is not as transparent, they wanted. This could cause post-election violence.

The candidates' alliance led by former presidents submitted a list of 67 disputed members to the PM Mohamed Hussein Roble to remove from the electoral bodies. 34 have been kicked out while 33, all from NISA remained in FEIT, SEIT, and dispute resolution teams.