Hassan Dahir is the brain behind the establishment of Islamic movements in Somalia and has long fought against foreign forces, including Ethiopian troops, invaded the country in 2006. 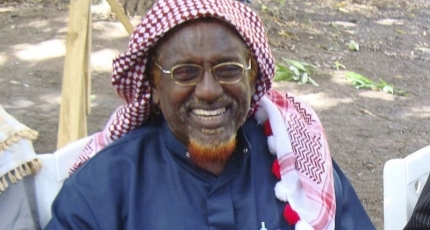 MOGADISHU, Somalia - A top Somali radical leader, Hassan Dahir Aweys, who has been in custody for 7 years accused the caretaker Somali PM Mohamed Hussein Rooble of negligence in his role towards the current political, security, and humanitarian crisis in the country.

Speaking on Facebook live while under house arrest in Mogadishu, Aweys said Rooble has positioned himself next to authoritarian regime inconsistently failling to listen to the demands of his own people just like the outgoing President who is clearly using his power to make his clan maintain dignified in the government.

“If you ever wondering whether you fit in the government as clan-based PM, let me tell you; you are where you belong to. You are part of the change,” he added, urging the PM to take lessons from his Ethiopian counterpart Abiy Ahmed who managed to sustain his position as a living example.

In addition, Aweys called all sides to settle the disagreement and resolve it 'on the table'. Since his arrest, the outspoken terrorist leader has been in the hands of NISA - National Intelligence and Security Agency.

The allegations by the jailed Islamist leader come amid an electoral stalemate as the country's leaders are facing pressure from the international community to end their differences over the election through dialogue.

Hassan Dahir has been on a US list of people "linked to terrorism" since the 9/11 attacks in 2001.

The 85 years old, former Al-Shabab ally, has defected to the Somali government in 2014 after having a long-standing argument with Al-Shabaab's leader.