The leader has been holding power for almost 8 years since the establishment of Jubaland. 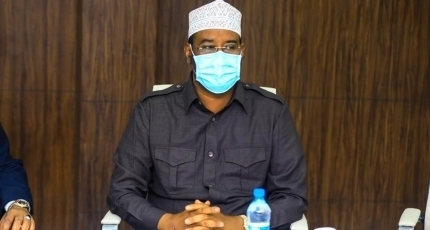 KISMAYO, Somalia - The leader of Jubaland state Ahmed Madobe has unveiled his cabinet ministers on Wednesday night almost nearly two years after his re-election in the southern port city of Kismayo.

The cabinet is made up of 23 ministers, 22 deputies and 5 state ministers with majority of them are from Darood clan, giving the vast communities residing in Jubaland only 7 posts.

Madobe included his fierce critics, including Abdinasir Serar once served as his spokesman in the new government. He was appointed new education minister of Jubaland.

Madobe, who is a former terrorist leader has captured Kismayo in late 2012 with the support of Kenyan defense forces [KDF] who invaded Somalia to fight against Al-Shabaab after abductions of aid workers.

Jubaland's leader was accused of being the main obstacle to Somalia’s election and working the interest of his main ally of Kenya which is embroiled in diplomatic tension with Somalia.