For Joseph M’Eruaki, former director of social development at the non-profit Caritas in Meru County, where Maua is located, the ban has revealed a dangerous dependence on khat. 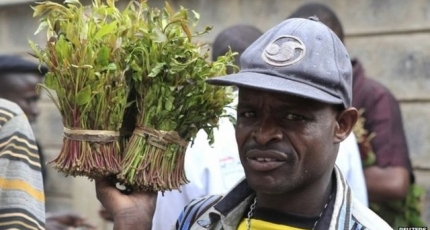 NAIROBI, Kenya – As the afternoon sun starts to dip over central Kenya, the town of Maua buzzes with activity as the khat harvest arrives.

For decades, over half a million people in this region have lived by the rhythms of khat, a mildly narcotic native shrub also known as miraa.

Trading here in khat is a well-established routine.

Every day, young miraa shoots — instantly identifiable by their red stems — are bundled and wrapped in banana leaves, packed in bags, and loaded onto pickup trucks.

Drivers then zip along roads at breakneck speed in an effort to ensure that the khat is fresh when it reaches consumers in northern and eastern Kenya, as well as the capital Nairobi, located 300 kilometers (200 miles) south.

But for the last two years and counting, no air shipments of Kenyan khat have made it to Somalia.

The country is notoriously poor and unstable yet is one of the biggest markets for khat, which is chewed to provide a stimulant and suppress the appetite.

Mogadishu initially banned air cargo in March 2020 due to the coronavirus pandemic, but diplomatic tensions between Kenya and Somalia have kept the ban in place even as other Covid-19 restrictions have been lifted.

The election of President Hassan Sheikh Mohamud in Somalia last month raised hopes of a thaw in ties with Nairobi, and on June 10, Kenyan Agriculture Minister Peter Munya announced that Mogadishu had agreed to resume air shipments of khat.

The news has sparked cautious excitement in Maua, where people are increasingly impatient for change.

Although Munya promised that air links would resume “within two weeks”, Somalia’s new government has maintained a conspicuous silence on the issue.

“The resumption (of trade) would be like a rebirth” for the region, said Kimathi Munjuri, chairman of the Nyambene Miraa Traders Association in central Kenya.

But he remained circumspect, noting that similar announcements in the past never materialized into facts on the ground.

Prior to the ban, around a third of the 150 tonnes of khat shipped daily went to Somalia, representing a loss of earnings of up to 16 million Kenyan shillings ($136,000), he said.

Somalia has been a crucial export market for Kenyan khat traders ever since the Netherlands and Britain imposed a ban in 2012 and 2014 respectively, joining the ranks of other Western nations which classify it as a drug.

Khat grower David Muchoka is among those desperate to see the resumption of air links to Mogadishu.

The ban saw his earnings plunge, he said, forcing the father-of-six to venture into dairy farming to pay the bills.

“We still sell miraa but at a loss, the returns can’t sustain the effort of maintaining the farm and paying school fees.”

The income from the trade irrigated the whole region, locals told AFP.

“Most of the shops here have closed, vehicles that used to transport khat are idle, and most of the people can no longer send their children to school,” said Alex Koome, a Maua resident.

Many here dream of a day when Maua will once again be in thrall to the frenzy of trade that animated the town 24 hours a day.

“Maua never slept… We want that vibrancy, that rush, that adrenaline again,” Munjuri told AFP with a smile.

Dozens of pick-ups — carrying up to a tonne of cargo — honked their way across villages and towns as they hurtled down the road to their destination, sometimes travelling at speeds of up to 150 kilometres (nearly 95 miles) per hour.

For Joseph M’Eruaki, former director of social development at the non-profit Caritas in Meru County, where Maua is located, the ban has revealed a dangerous dependence on khat.

“We must diversify the livelihood sources if we don’t want the people to remain vulnerable,” he said, suggesting that farmers could instead grow crops like amaranth, sorghum, mango or avocados.

The entrepreneur, who is now running for MP in Kenya’s August elections, is also batting for more regulatory oversight of a trade that boasts an unsavoury reputation at times.

“It is a legal crop, it needs to be organised. Like the tea sector or the coffee sector,” he told AFP. 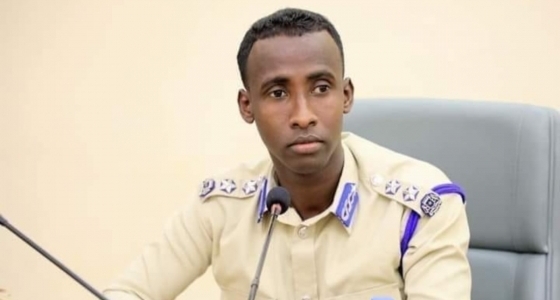