The meeting came days after the ministers of finance for the regional states suspended cooperation with the Federal Finance minister. 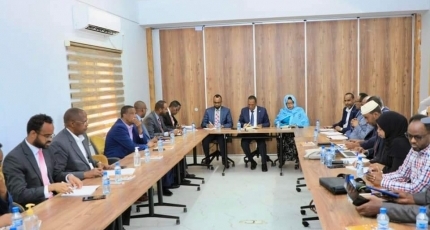 The ministries of finance in the Federal States stopped all cooperation with the Federal ministry of finance at the end of last month, after accusing it of violating agreements on the share of the donor funds and other resources in the country.

Yesterday's meeting that took nearly 20 hours ended without any result, the sources added. The new government seems changed all previous policies toward the Federal Member States in Somalia.

The regional states want to be given $50 million from the World bank donated $100 million package, while the Ministry of Finance allocated them $2.5 million dollars, which they rejected together.

It is not clear if the conference will resume or whether it has collapsed.