Southwest leader pardoned prisoners on the occasion of Eid al-Fitr

The prisoners were ten people in number of whom all of them men. 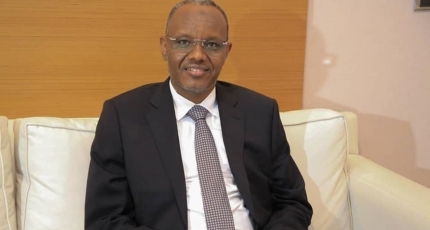 MOGADISHU, Somalia - On the occasion of Eid al-Fitr, Southwest State leader, Abdiaziz Hassan Mohamed alias (Lafta-gareen) has granted a presidential pardon to prisoners charged with minor crimes who were remaining behind the bars for a while.

The pardon that suspended their term in the prison is aimed to give prisoners a chance to celebrate the upcoming Eid-Fitri festival with their families and fellow citizens and make them feel not just tolerated but welcomed back into the society.

“Ahead of the bright days of joyous and lovely, no one deserves to stay indoors,” says Lafta-gareen. “In this regard, those of us who part of this great community have to be pardoned as part of welcoming the big festival of Eid.”

The prisoners were ten people in the number of whom all of them men.

Most Somali leaders including the head of state are known to pardon the culprits and offenders who are convicted of committing light crimes like misdemeanor or felony during national events and Islamic Eid festivals.