The program of the federal government presented to the parliament requires methodical, effective, and efficient implementation. Better use of resources, time, and knowledge is critical. 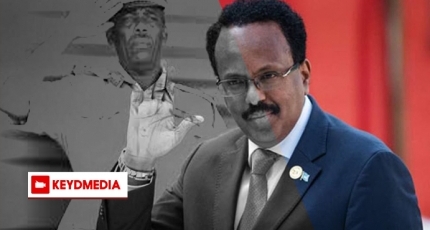 Somalis and foreign partners hailed the peaceful transfer of power between the elected President Hassan Sheikh Mohamud and the outgoing President Mohamed Abdullahi Farmajo on May 23, 2022 following the conclusion of the most corrupt drawn-out parliamentary election which continued between July 29, 2021 and April 23, 2022. The transfer diffused public readiness for insurrection had Farmajo remained in power because of the egregious abuses of power and other crimes committed during his tenure. Second, it paved the way for lifting the suspension of the international support imposed for election delay.

But, in all honesty, the celebratory display was deceptive because it masked the huge damage inflicted on the legitimacy, viability, and sustainability of the Somali state by the destructive efforts of president Farmajo and his supporters to personalize the power of the state by all means necessary, including the hijacking of the parliamentary and presidential elections scheduled in December 2020 and February 2021. Obstruction of political election constitutes high crime. Farmajo left behind a deeply broken Somalia with society incredibly polarized and state institutions dysfunctional, unable to perform their basic duties.

The rejection of Farmajo’s reelection in the presidential election held on May 15, 2022 saved Somalia from descending into final abyss. He violated the constitutional constraints, the checks and balances, and the respect of human rights spelled out in the provisional constitution. His authoritarian governance destroyed public trust in democratic state institutions and increased public sympathy for the terrorist group Al Shabab for justice, integrity, and effectiveness.

During Farmajo’s term, two paradoxical realities were observed. The first reality, the international partners of Somalia - the guardians of good governance - knowingly allowed the deterioration of Somali political and security situation to the point of public revolt against his legitimacy after extending his term in office for two more years. The revolt ended when the election responsibilities were entrusted with National Consultative Council independent from Farmajo’s influence.

The second reality, had Somalia not been under Chapter VII of the UN Charter that empowered the UN Security Council to authorize the deployment of 22,000 African Union peacekeeping forces (AMISOM) and the establishment of the United Nations Mission for Somalia (UNSOM) with the responsibilities of protecting the federal and state institutions and mediating political conflicts, the situation of Somalia would have been worse than the tragic Ethiopian and Sudanese situations.

At the transfer of power ceremony, former President Farmajo didn’t claim any accomplishment during his term because there was no shred of evidence for progress made between 2017 and 2022. For photo-op, he handed over files related to three issues.

For the first time, Farmajo confirmed 5,000 Somali military recruits sent to Eritrea in 2019 for military training. The recruits, still in Eritrea for undisclosed reasons, have not been in the government system. The confirmation was an admission of guilt because he remained silent for three years on the fate of these young recruits. The second issue he mentioned was the debt relief, a process driven by the IMF and WB, that was in jeopardy for noncompliance. Finally, he mentioned the well celebrated decision of the International Court of Justice on the Somalia Kenya maritime dispute in favor of Somalia. President Hassan spearheaded the case in 2014.

President Farmajo’s chief of staff revealed two questionable issues. He stated that the office of the president incurred an outstanding debt of 3 million dollars and that the presidential payroll included large number of staff for unspecified tasks. Lately, it was revealed that excluding all other allowances and amenities, the monthly salary of president Farmajo was $60,000.00, annually $720,000.00. The burden of former president on the federal government budget merits scrutiny for legislation.

To appreciate the level of corruption, former Director General of the Ministry of Health Abdullahi Hashi Ali declared that 52 million dollars donated by the international community for fighting against Covid-19 have been totally stolen and called for independent investigation. The theft claim corroborates the findings of  the 2020 Interim Report of the Auditor General, which reported the 52 million dollars, of which 15.8 million dollars spent, 3.9 million dollars were unaccounted. In addition, all activities in the financial statement were not implemented.

One of the most damaging legacies of president Farmajo is the recruitment of young cadres as social media secret services for public disinformation, misinformation, and divisive propaganda that ruined public judgement, trust, and respect, and dented the importance of honesty, facts, and real politics.  It was an open secret that the office of President Farmajo paid millions of dollars to major media outlets and large number of unscrupulous social media wonks to fabricate false accusations and innuendoes against different personalities and social groups to make them villains. That scheme contaminated the political discourse among citizens.

President Farmajo proved to be unpatriotic, incompetent, and above all dangerous leader. His machinations to remain in power deepened the public consternation that Somalia is an unfortunate country like Haiti, far from becoming a stable, democratic, and prosperous state in the foreseeable future, and that the state power in the hands of other Somalis than your kinship is treacherous and unacceptable. Those sentiments are major obstacles to the duty-bound working relationship between the leaders of the federal and state governments within the framework of the provisional constitution.  The jurisdiction of the federal government became limited in Benadir Region.

In nutshell, besides the civil war, the election of Farmajo as president was one of the greatest misfortunes of Somalia because his heartless pursuit of power left Somalia in dire situation in all aspects. His swearing-in as permanent member of the federal parliament he delegitimized in broad daylight is an insult to the injury and sets bad example for current and future generations.

Thus, the elected president and the newly formed government have to deal with the intractable problems exacerbated by post-election sorrows and consequences. The fatigue and disillusionment of the international partners supporting Somalia dash the hope for revival. The drumbeat for negotiation between the federal government and Al Shabab, which is a wrong move that would prolong the misery of Somalia, is a signal of the International Community’s plan to extricate from Somalia’s quagmire.

The bitterness about the election abuses, the victory of an underdog candidate from the opposition groups, and the boundless contestation over the political spoils are torpedoing the close collaboration between the federal government and the federal member states to save Somalia from disintegrating into fiefdoms. President Hassan’s quick reinstatement of the National Leadership Forum which brings together the leaders of the Federal Government and Federal Member States to discuss and decide the national political agenda should facilitate the collaboration between the two levels of the federal government.

Another negative factor is Ethiopia’s bullying and provocations against the new government of President Hassan for ludicrous excuses, most notably for Somalia’s correct view about the dispute between Ethiopia and Egypt over the construction of the Grand Ethiopian Renaissance Dam (GERD) on the Nile River, an impartial view that is in agreement with article 22 of The Convention on the Protection and Use of Transboundary Watercourses and International Lakes (Water Convention). In reaction, Ethiopia started approaching the leaders of the regional states to instigate pro and anti-Ethiopia factions among Somalis. Ethiopia’s stupid actions violate its international obligations and infringe the UN Security Council Resolutions aimed at restoring Somalia as independent, unified, peaceful, democratic state. The post-civil war Somali governments were “friendly” with Addis Ababa Governments led either by Tigray, Wolayta, or Oromo. Ethiopia foreign policy and strategy towards Somalia has never changed.

Somalia faces difficult time because of the immense challenges it finds itself after years of political and religious antagonism and poor leadership that lacked the will, capacity, and determination to strengthen people’s political cohesion, sense of patriotism, and trust in the rule of law. The solutions seem hard to fathom at a time in which the world faces multiple crises - global tensions for super power roles, economic decline and food shortages, and climate change disasters- that would decrease the international support towards Somalia.

Nevertheless, the new government of President Hassan Sheikh shoulders the responsibility of mapping out the complex problems pummeling Somalia to seek political, legal, and practical solutions. The formalities for the cooperation between the leaders of the two levels of the federal government must be outlined and structured within the framework of the federal constitution for the purpose of separating and sharing responsibilities and assigning accountabilities. The program of the federal government presented to the parliament requires methodical, effective, and efficient implementation. Better use of resources, time, and knowledge is critical.