The handover comes as the city faces a lack of sanitation, and drainage system with its streets prone to floods during the rainy season. 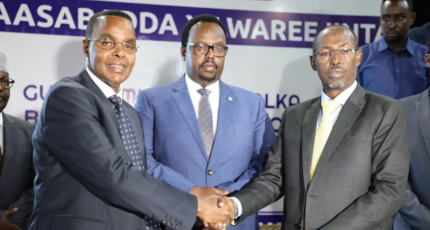 Omar Filish, who served under Farmajo for four years has thanked the people of the city for their cooperation, requesting to continue their contribution and work with the new mayor.

The new mayor of Mogadishu Yusuf Hussein Jimale (Madale) promised that he will work to develop the capital and provide basic services to the community who pay the tax and see no return.

Madale who was appointed by President Hassan Sheikh Mohamud last week faces a daunting task, including dealing with the lack of sanitation, security, and a drainage system as the main streets are prone to floods during the rainy season.