Madobe hunts down Farmajo’s team ahead of the election

The leader of Jubaland has been at loggerheads with Farmajo over Gedo control for the past four years. 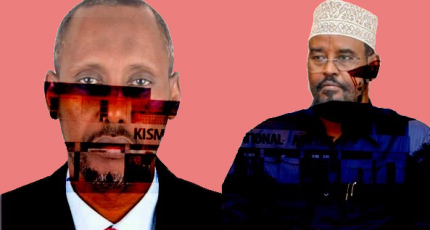 On Thursday, Jubaland aviation authorities denied Abdi Ali Rage who is the election advisor to Farmajo access to Kismayo after his plane was turned away at the airport, forcing him to go back to Mogadishu on Thursday.

Speaking to reporters during a press conference in the capital, Rage announced he canceled his trip to allow the passengers to proceed their journey and jet off against the southern Somali port city.

The presidential advisor has accused Madobe of trying to bar all his critics from being elected to the next parliament from their constituencies in Jubaland, a move that fuelling the electoral crisis in the state.

Somalia's parliamentary election is due to be held this year, starting with Senate polls on July 25 and the indirect vote will end on Oct 10 when the lawmakers will pick a new president.

Madobe and Farmajo are in deadlock over Gedo, where the outgoing president's clan is dominant and has long opposed the Kismayo-based administration which was blamed for nepotism and disgracing indigenous people.

Jubaland was formed in 2013, a year after Madobe's Raskambini militia backed by Kenyan defence forces captured the port city from Al-Shabaab and since then the administration has been ruled by one man.