Kulane is one of the NISA officials accused last year of killing Ikran Tahlil, a female intelligence agent whose abduction and subsequent murder shook the country during the electioneering period and power struggle. 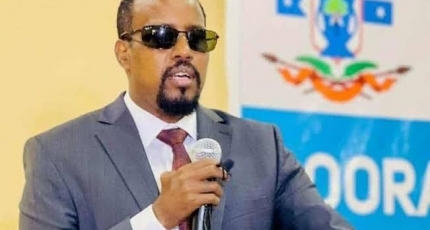 The decision, which goes into effect on Sunday was issued by Mahad Salad, the current NISA boss before he left for UAE as part of a high-level delegation led by new president Hassan Sheikh Mohamud.

Under standard procedures, security is granted to the lawmakers and former presidents in Mogadishu by the government. Kulane who is a close ally of the ex-president Farmajo was guarded by NISA officers.

Withdrawing my Security detail is an intimidation attempt and trying to make me vulnerable to an attack by Al-Shabaab,” said Abdullahi Kulane in a Twitter post.

He added that the President and NISA boss Mahad Salad will bear the responsibility for the move which comes amid massive reform in NISA by the current leadership, who is changing all Fahad Yasin’s cronies.

I want to emphasize that no amount of intimidation will deter us from standing firm,” said Kulane. Some of the security personnel have been detained at Mogadishu airport who escorting Kulane who was leaving for the Gedo region at the time, reports said.

Kulane is one of the NISA officials accused last year of killing Ikran Tahlil, a female intelligence agent whose abduction and subsequent murder shook the country during the electioneering period and power struggle.

Fahad Yasin, the former director of the spy agency was among the culprits, according to Tahlil’s family who filed a lawsuit in the military court but no justice has been served until now.