The country misses three deadlines for the Lower House election this year, leading to a political crisis and violence that shook the capital. 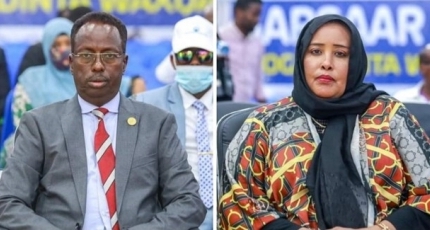 MOGADISHU, Somalia - Somalia has kicked off a long-delayed Lower House election in the capital, Mogadishu, where five lawmakers were elected on Tuesday in an indirect ballot.

Warsame recovered 3 votes in a devastating defeat that sent him out of the race. Two votes were invalid, according to the poll result declared by the electoral body [SEIT] of Somaliland.

Amina Omar Jama, who has been a Member of the outgoing 10th Parliament for the past four years, was re-elected after her rival candidate Amina Osman Dirie withdrew her candidacy.

Fadumo Hassan Ali won the third seat without facing a contest from her opponent who dropped out of the race. Mohamed Harun was elected to the House, unseating Jamal Hassan Ismail.

Ahmed Osman Dirie became the 5th seat MP elected in Tuesday's election at a police training academy in Mogadishu - General Kahiye under the protection of Somali and AU forces.

Southwest and Galmudug states are expected to begin the Lower House election in the coming days as the poll body continues to register the candidates in Dhusamareb and Baidoa.