NISA has been a tool for the former immediate president Farmajo to silence his critics and the independent media houses in Mogadishu. 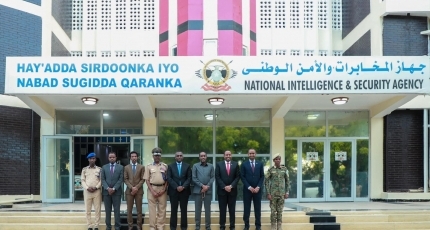 Salad, a close ally of the new president Hassan Sheikh Mohamud replaces Yasin Farey, the right-hand man of Fahad Yasin and Farmajo crony after a new change in leadership in Somalia.

The National Intelligence and Security Agency [NISA] has been a tool for the former immediate president Farmajo to silence his critics and the independent media houses in Mogadishu.

The new spy chief and his predecessor are both members of the 11th parliament inaugurated last month and then elected a president on May 15 that ended more than a year of delays.

Tahlil's murder led to the sacking of NISA director Fahad Yasin and caused a standoff between Farmajo and Roble who have been at loggerheads over the control of the country's election.

Mahad Salad who has no security background and experience will lead the powerful US-funded spy agency. The new director was a fierce critic of Farmajo's administration for the past five years.