The drones from Turkey were brought into the country by a former lawmaker who argues that he wanted to use them for agriculture irrigation. 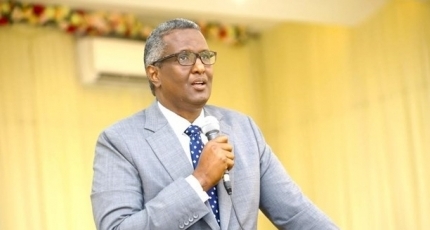 MOGADISHU, Somalia - The Opposition presidential candidates say they are worried about their safety after six drones from Turkey were seized at Mogadishu Airport on November 3rd.

The six drones sold from Turkey were brought into the country by a former lawmaker Zakariya Haji Abdi who argues that he wanted to use them for agriculture irrigation in Puntland state.

Abdirahman Abdishakur demanded an independent probe into the type of drone and its destination after a drone strike was intended to kill the Iraqi PM Mustafa al-Kadhimi on Nov 7.

"Given that the PM of Iraq survived an assassination attempt, in which a rocket-carrying drone was used, we demand an independent investigation into the matter of drones that are said to have been seized in Mogadishu. We need to know the type of the drones & their destination," the candidate tweeted.

Keydmedia obtained reports that the order to seize the drones was issued by Fahad Yasin, the former NISA director who is still controlling the country's intelligence agency behind bars.

The biggest concern by the opposition is that the drones could be used to raid their houses in Mogadishu since the country is in an electioneering period with Farmajo vying for 2nd term.