The PM has instructed the leadership of the armed forces court to spearhead an urgent investigation into the missing NISA female officer. 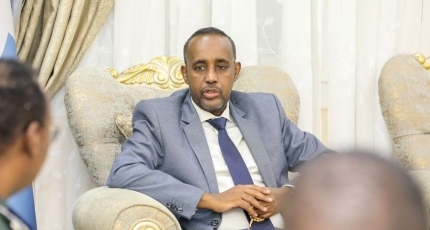 MOGADISHU, Somalia - The prime minister of Somalia Mohamed Hussein held an emergency meeting with security chiefs at his office on Monday as tension rises in the country.

According to a statement issued by the PM's office, Roble has instructed the military court prosecutor to investigate the death of the young female NISA officer within the spy agency.

The PM dismissed Fahad Yasin as he promised to leave no stone unturned to find the justice that Ikran deserved as her family demanding to bring the criminals behind the killing to court.

Sources tell Keydmedia English that evidence in NISA's database was dismantled ahead of the arrival of the new spy head Gen Bashir Goobe, in an attempt to terminate the murder case.

Ikran's case is feared to go through previous cases of assassinations of senior Somali officials, such as the mayor of Mogadishu Eng Yarisow who was killed in a blast in his office in 2019.

According to KON sources, Yasin, who returned from Turkey yesterday after getting married to a cleric's daughter a few days ago is in NISA and is plotting to thwart Roble's probe efforts.