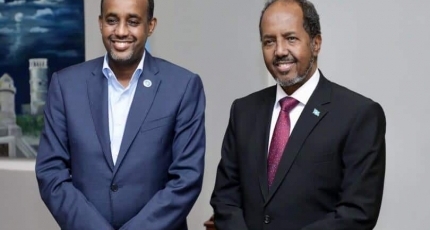 The KON source said the president of Somalia Hassan Sheikh will announce the announcement of new ambassadors to overseas, including Roble in the coming weeks.

Roble is credited for repairing Somalia's relationship with UAE in May this year after returning a $9.6 million cash seized at Mogadishu airport in April 2018 by former Farmajo's government.

The seizure of the money prompted the UAE to disband military training mission in Somalia and ties with Villa Somalia strained during the Gulf diplomatic crisis.

Roble also gained praise for saving the country from conflict after holding the parliamentary and presidential elections during critical of political infighting.

The UAE Gulf rival Qatar has dominated Somalia politics during  Farmajo's regime but now the ball is in the court of Abu Dhabi which maintains close relations with current government.