The decision comes amid a standoff over AMISOM's exit strategy between Somalia and African Union [AU] which proposed a hybrid force. 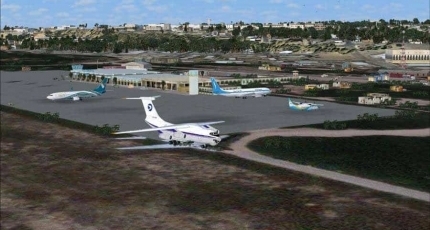 MOGADISHU, Somalia - Somalia's Federal Government has on Friday announced it shut down a key terminal at Mogadishu airport dedicated to foreign missions in the Halane compound.

Capt. Aidrus Ahmed Kahie, who is the deputy general manager of the airport said in a statement that Movcon Terminal will remain closed until further notice without mentioning the reason.

To ensure the continuity of the services, all flights are directed to international/domestic, departures/arrivals and the VP lounge

The terminal was being used by the UN, AMISOM, and other western diplomatic missions based in Mogadishu's seaside Halane compound. The foreign entities in the base camp were accused of smuggling illegal commodities and breaching the immigration protocols.

Uncontrolled flights have been departing and arriving at the closed terminal which was run by AMISOM and security contractors who dispelled Somali police, according to the sources.

This decision has been notified to UNSOS, the police, NISA, Favori LLC, the Turkish company managing the airport, and the Immigration agency of Somalia with immediate effect. 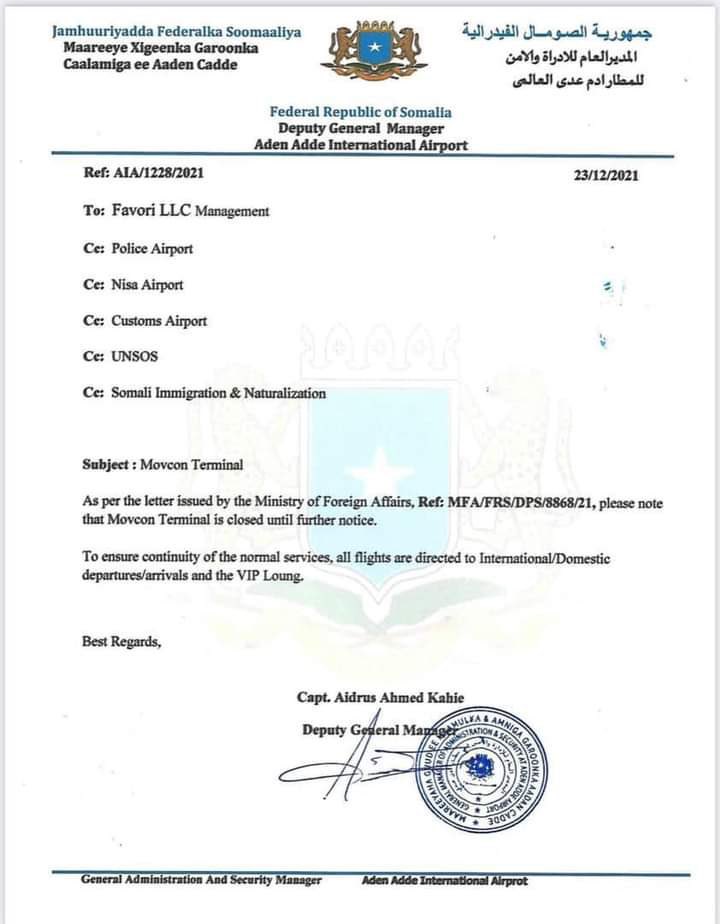