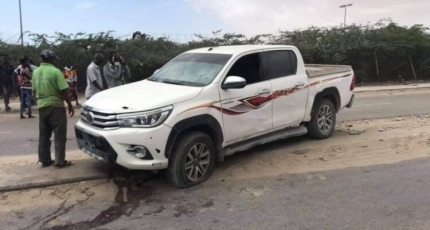 It was just seven days after 11 people died in the Al-Shabaab siege at Afrik hotel in the capital, the deadliest single-day terrorist assault recorded since the start of this year.

Al-Shabaab has in the past targeted the Turkish interests in the country with car bombings in revenge for Ankara’s involvement in the training of the Somali national army [SNA] fighting against the extremist group.

Last January, an Al-Shabaab suicide bomber killed at least five people, including two Turks, and injured 14 others near the Somali capital of Mogadishu.

Also, a group of Turkish engineers was among those killed in a late December 2019 car bomb blast at an Ex-control Afgoye checkpoint in Mogadishu that killed at least 90 people.

Turkey has been a key source of aid to Somalia following a famine in 2011 as Ankara seeks to increase its influence in the Horn of Africa to counter Gulf rivals like Saudi Arabia and UAE.