But unlike the case in Gothic Serpent — an operation that included the infamous Battle of Mogadishu, also known as Black Hawk Down — no U.S. forces were killed in the events of 2019. 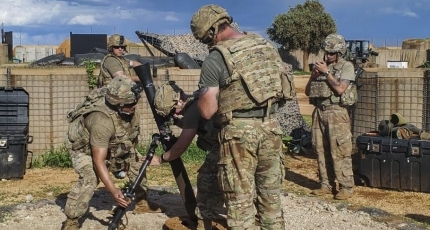 The truck bomb was so powerful it blasted a 20-foot-deep crater along the perimeter of a U.S. military outpost in Somalia, where New Jersey National Guard soldiers played a key role in stopping the largest attack on American troops in the country in nearly 30 years.

“The explosion was massive,” Lt. Col. Richard Karcher, commander of the New Jersey National Guard’s Task Force Warrior, said in a statement Tuesday about the 2019 assault on Baledogle Military Airfield by al-Shabab terrorists.

It’s unclear what prompted the release of the statement after more than three years. But the elaboration on how that day’s battle played out sheds new light on how U.S. military personnel defend themselves in a shadow war largely conducted outside the public eye.

For the New Jersey National Guard, the hourlong battle was the largest combined arms fight for any state unit since World War II, according to the statement.

And the shootout, which resulted in the deaths of about a dozen al-Shabab fighters, amounted to the largest attack on U.S. forces in Somalia since 1993’s Operation Gothic Serpent, the Guard said. 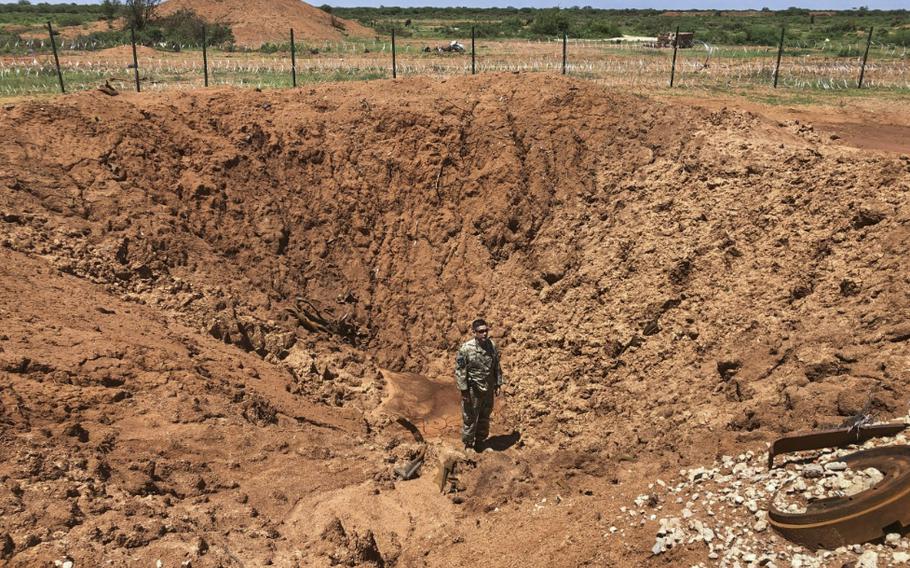 But unlike the case in Gothic Serpent — an operation that included the infamous Battle of Mogadishu, also known as Black Hawk Down — no U.S. forces were killed in the events of 2019.

One reason for that could be the tactics used by the New Jersey guard members, who were deployed to Baledogle with the mission of securing an outpost used by American special operations teams, aircraft and other international forces.

At the time of the Sept. 30, 2019, attack, soldiers with the Guard’s 1st Squadron, 102nd Cavalry Regiment were preparing a convoy to meet the local Somali police chief when the first vehicle bomb went off, the unit said.

But the National Guardsmen had been anticipating such an attack ever since they arrived in Somalia, rehearsing daily how they would respond when al-Shabab fighters came around.

They manned towers and base entry points and were on constant standby with a quick-reaction force.

“We would rehearse at all hours of the day and with live rounds,” Capt. London Nagai, commander of the squadron’s C Troop, said in the statement, adding that the soldiers had “exercised and refined this scenario, along with others, over and over again.”

Guard members said “there was no question” the base eventually would be attacked, given al-Shabab’s repeated probing of the base perimeter, part of an attempt to discern defensive positions and tactics.

“The hardest part for me was having to tell soldiers we couldn’t fully engage the enemy when they would use recon by fire or other aggressive tactics,” Nagai said. “We didn’t want to show them how we would respond.”

Intelligence gathering indicated that the probing was a precursor to a large attack. What happened next exceeded their predictions, the soldiers said.

The first truck exploded prematurely on its approach to the airfield, where a U.S. plane was preparing to take off. Clearing the runway became a priority.

Meanwhile, the soldiers began moving toward the site of the explosion, while entry points were closed off and snipers and mortar teams took up positions.

Nagai said the soldiers held off engaging the enemy until they committed to using a specific route toward the base.

“Over time, using covert and overt means, we forced the enemy to attack in the way we wanted and in a place most advantageous to us,” Nagai said.

Just 10 minutes later, a second truck hidden in a convoy carrying construction materials headed directly toward the airfield’s fence line. A month earlier, a deep ditch had been dug around the airfield as an extra line of defense.

“Any vehicle smaller than a tank would get stuck in the ditch before it got to the fence line,” the Guard said.

The al-Shabab fighter behind the wheel drove right into it. Minutes later, the militants remotely detonated the immobilized truck, causing an explosion that shook the base and blew a hole in the fence line 200 yards wide, the statement said.

“On the other side of the base, there was an old (Soviet-era) hangar that had reinforced doors,” Karcher said. “Those doors were concaved in because of the explosion.”

The resulting crater was 20 feet deep. A subsequent FBI analysis of samples estimated that between 4,000 and 5,000 pounds of explosive had been used, the statement said.

At the time, it was the largest vehicle bomb that had ever been used in Africa, Karcher said.

Another onslaught followed. This time, another truck filled with about a dozen fighters jumped from their vehicle with rocket-propelled grenades, machine guns and assault rifles.

But instead of having a smooth pathway onto the base, the militants encountered resistance.

In a matter of minutes, half of them were dead, while the rest took cover and began firing their RPGs, the soldiers said. Army mortarmen took out the rest of the militants, Karcher said.

Meanwhile, an Air Force drone blew up the truck, which was carrying another explosive device. The fight was over in less than hour, the National Guardsmen said.

While the defense of Baledogle proved successful, it didn’t stop al-Shabab from attacking Americans in similar fashion elsewhere. Just three months later, a U.S. soldier and two military contractors were killed in an attack on Manda Bay Airfield in Kenya.

Militants overran the base, destroying two aircraft and other property during the battle. An investigation determined that security at Manda Bay was inadequate and that those responsible for providing it were insufficiently prepared for their mission.