Al-Shabaab was driven out of large swathes of territory in southern Somalia since 2011 but the group maintains to hold rural areas. 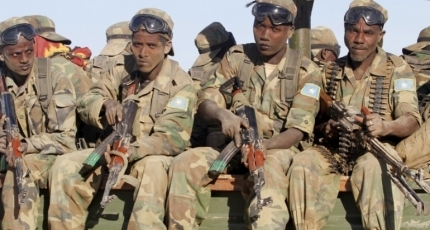 After days of military operations, the troops lifted the blockade on the highway that links Garbaharey, the regional capital of Gedo to Dolow district, which was a key to the movement.

The Al-Shabaab has been flushed out of Dolow town in 2014 by the Somali army along with AMISOM but the militants continued to hold rural areas, where they put restrictions.

Residents of the region have welcomed the reopening of the road, saying it will contribute to the economy and commerce as well as the travel that has been difficult over the past years.

Al-Shabaab has faced military pressure on several fronts after a joint offensive by Somali and AU troops who are trying to liberate the entire country from the Al-Qaeda-linked terrorists.

This comes as the country is in an electioneering period with the Gedo region was facing a dispute over the Lower House MPs vote in Garbaharey between Farmajo and Ahmed Madobe.