Somali leaders bow to US pressure

The US exerted more pressure on the country's political leaders to hold an in-person meeting on the election stalmate in Mogadishu. 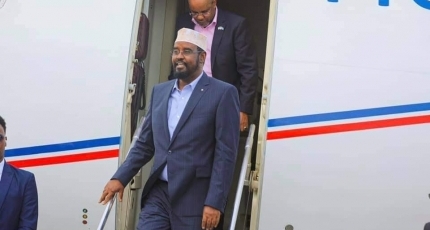 MOGADISHU, Somalia - The leaders of the regional states in Somalia have arrived in Mogadishu within 48 hours, bowing to pressure from the US to attend an election conference.

Their arrival come hours after the US state department called on Prime Minister Roble to convene an In-person National Consultative Conference (NCC) and finalize credible elections.

Somalia witnessed a second attempted coup this year by the outgoing president Mohamed Abdullahi Farmajo, who was accused of manipulating and interfering in the electoral process.

The opposition presidential candidates and the international community called for correction of the alleged claims of voter fraud and irregularities in the ongoing parliamentary election.

The situation in the country turned upside down after the people in Mogadishu woke up to a failed coup that sparked tension in the capital with more rival forces deployed in the streets.

The PM called for a meeting with the five regional states in the capital on Dec. 27 that failed to convene following Farmajo's coup attempt. The talks are set to open in the coming days.

Southwest State leader Lafta-garen boycotted the meeting in Mogadishu to show support for Farmajo after a fallout with the PM resurfaced. It's unclear if he will join his counterparts.