Somali PM orders rival forces in Mogadishu back to bases

The prime minister said the government was working to hold free and fair elections in the country, urging the opposition to collaborate and avoid any action that may undermine peace and stability. 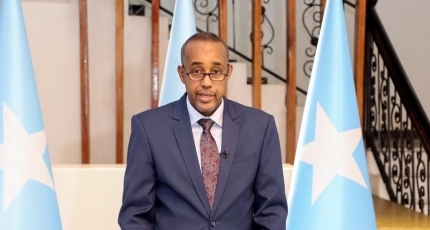 MOGADISHU, Somalia - Somalia's prime minister Mohamed Hussein Roble has ordered the troops protesting against the extension to return to their bases, hours after the president handed over the power.

The prime minister said the government was working to hold free and fair elections in the country, urging the opposition to collaborate and avoid any action that may undermine peace and stability.

“All brave National Armed Forces, are national defenders, they should not be divided into opposition and pro-government, I urge them to return to their bases and refrain from meddling in political affairs," he added.

In a statement, the PM said will appoint a technical committee to advise on how to address the political impact on the SNA forces who split into clan lines after Farmajo extended his term in office last month.

The caretaker prime minister stated that he was deeply saddened by the conflict in Mogadishu that has resulted in the loss of life, mass displacement after 100,000 persons fled their houses in the last 7 days.

“It was a great misfortune that could have been avoided and it should never happen again,” reads the statement from the office of the PM in part.

The statement came just hours after Mohamed Abdullahi Farmajo whose mandate as 9th president of Somalia ended last February has on Saturday handed over the election and security tasks to the PM.

The UK, one of the western countries supporting Somalia in the rebuilding of the national army called on all security forces in the capital to refrain from violence and maintain calm, says it is imperative that the SNA focus their efforts on countering the common enemy of Al Shabaab ensuring that it does not exploit this period of political uncertainty.