The PM made the pledge following a deal with the political stakeholders in the country. 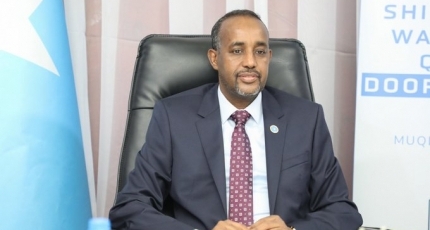 MOGADISHU, Somalia - Somali PM Mohamed Hussein Roble has reassured his people and the international community that the forthcoming general elections this year will be free and fair, saying it would usher the country into another clime of maturity.

Roble made the promise during a speech at the conclusion of a two-day meeting in Mogadishu with the leaders of the Federal States in which both sides agreed to hold the parliamentary and presidential elections within “four months”, the first since the end of Farmajo's rule in February of this year.

"We hope to hold free and fair vote based on the agreed timetable and procedures," he said.

The vote is being seen as a key test of the PM's credentials in leading Somalia to an inclusive election that badly needed financial assistance from international partners who have been helping the country for years in its quest to recover from decades of conflict.

The National Consultative Council agreed to the start of the voting exercise next July 25 with the Senate members will the first to be elected in the indirect election that clan elders are the only voters deciding the country's parliament.

The leaders of the Federal Government and the Federal States announced that there will be a 50% reduction of registration fees for female candidates vying for parliamentary seats, a move that encourages many women to participate in the election.

As Somali women are allocated 30% of the seats in parliament, they are still facing many challenges, including that their clan elders often don't prefer a woman to represent them in the governance system.

Women's rights activists in Somalia have been fighting for equal rights and fair representation in the Federal Government for some time in a government largely dominated by men.