The Lower House became a tool that Farmajo used to oust his long-serving PM Hassan Ali Khaire in July last year following a fallout over the electoral model. 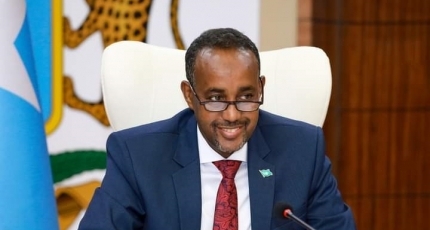 MOGADISHU, Somalia - Somali PM Mohamed Hussein Roble can breathe now after the last door for outgoing president Farmajo to remove him has been closed on 25th September 2021.

The premier took a deep breath after Mohamed Mursal has announced that he shut down the 10th parliament after its four-year constitutional mandate has expired in December 2020.

The closure of the Lower House of the Federal Parliament has dispelled fears that Farmajo could use it to oust Roble, who has been embroiled in controversy over the Ikran Tahlil case.

Sources privy to the matter told Keydmedia English that Farmajo and his national security advisor Fahad Yasin are "outraged" by Mursal's move, which dealt a major blow to their plans.

Mursal came under intense pressure from the international community, including the AU, the UN, the U, and Somali political stakeholders to issue a letter declaring the House's closure.

The speaker has been a close ally to Farmajo for the past three years. He helped the outgoing president pass an illegal motion of no confidence in PM Khaire's government in July 2020.

The 7-minute deposal of the long-serving prime minister came following a fallout over the electoral model in Somalia as Farmajo was not ready to make a smooth handover of power.