The interior minister rejected the reports on his dismissal from Galmudug vice president on Saturday. 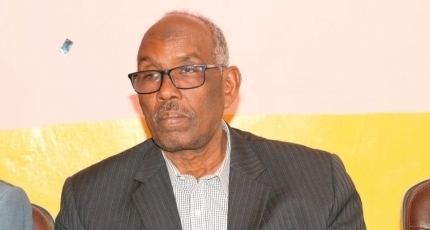 He said Sunday that the VP doesn't have the power to fire him, describing the move as unlawful and that he will continue to serve as the interior minister of Galmudug State of Somalia.

Continuing, Abdi Waayeel added that his office should decide the formation of the local councilors, and the top leaders have business in the work he was doing in Balanballe that led to tension among local clans.

On Saturday, the VP has issued a statement announcing that the interior minister was sacked from his post, accusing him of failing to execute his responsibility amid reports that Abdi Waayeel has fuelled clan conflict after setting up an unfair local council in his hometown, Balanballe in Galkagud region.

The minister is close relative to Farmajo, the outgoing president of Somalia who is now making efforts to defend him and hold him in office despite rejection by the vice president of Galmudug.

Galmudug is facing political turmoil and inter-clan violence, with its leader Ahmed Abdi Karie Qoor-Qoor is long absent from his office in Dhusamareb, and stayed in Mogadishu to work for Villa Somalia on the elections.