Somalia has been battling against Al-Shabaab and ISIS with the help of US and African Union forces on the ground for more than 10 years. 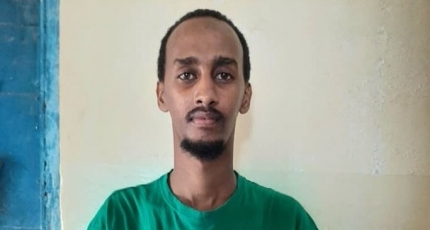 MOGADISHU, Somalia - A top military court in Somalia's capital, Mogadishu has on Monday announced that it sentenced an ISIS operative to 10 years in prison.

The Daesh operative - Abdisamad Ibrahim Omar known as [Abu Ali] was found guilty of being the cameraman for the terrorist group and was in charge of filming its attacks against the country's armed forces.

Omar who was born in Garissa has joined ISIS from Nairobi, Kenya's capital in 2016 and moved to the Galgala mountainous in Puntland, where a faction linked to the Islamic State operates.

He has been arrested last year at Aden Abdulle International Airport in Mogadishu, where the military court handed down the ten-year imprisonment against him on Monday morning.

Abu Ali's work during his time with ISIS featured on the group's online sites, just like a film he captured a deadly gunfight between Al-Shabaab and the Islamic state that took place in Muraale area in Puntland in December 2018.

The chief of the Somali military court General Hassan Ali Nur Shute has today announced the verdict, giving the defendant 30 days to appeal the ruling from the supreme tribunal.