Somalia is ranked one of the most corrupt countries in the world by Transparent Internation due to a lack of accountability and lawlessness. 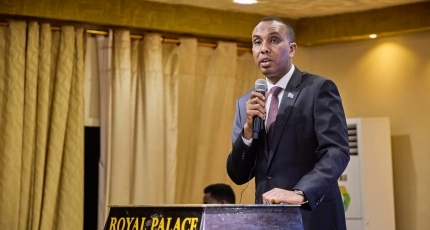 MOGADISHU, Somalia - The Prime Minister of Somalia Hamza Abdi Barre on Sunday promised that he will fight corruption, saying corruption is the main obstacle to development in the country.

Speaking at an event to commemorate International Anti-Corruption Day, organized by the Ministry of Justice, Barre said the government is starting a revolution to eradicate corruption and promote transparency and accountability.

Corruption is the worst disease that affects our society and the government. It causes failure to utilize the country's resources and a decrease in government revenue," added the PM.

The Prime minister whose government in office for six months said will never hesitate to take real measures to curb corruption, which has brazenly spread across state institutions.

Hamza Abdi Barre's remarks come as the government fights against Al-Shabaab and has now opened a new front which is the war against corruption that has plagued the country.

Somalia which has been in chaos and conflict since 1991 is ranked one of the most corrupt countries in the world by Transparent Internation due to a lack of accountability and lawlessness.