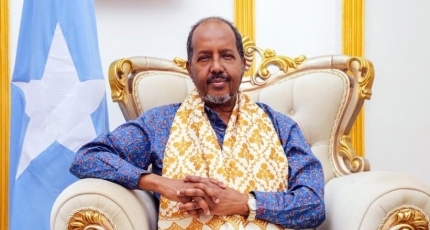 MOGADISHU, Somalia - The president of the Federal Republic of Somalia Hassan Sheikh Mohamud has spared no time to offer his congratulations to the president-elect of Kenya William Ruto shortly after he emerged as the winner of Tuesday's General elections in Kenya.

I offer my sincere congratulations to President-elect H.E @WilliamsRuto on becoming Kenya’s 5th President. My best wishes to you as you begin your tenure at @StateHouseKenya. I look forward to closely working with you to advance our partnership in all areas of mutual benefit," Villa Somalia tweeted.

The president of Somalia signed last month a deal on Khat and aviation with outgoing president Uhuru Kenyatta in Nairobi, a move that improved ties between the neighbouring countries.

Kenya has troops in Somalia who are part of AU mission fighting against Al-Shabaab since 2007.

KDF are based in Jubaland bordering Kenya, which Nairobi said is a buffer zone used to protect its security from  Al-Shabaab.

The relations between the two countries have been at lowest point during Farmajo's regime which imposed a ban on Miraa in 2020, to pave the way for Ethiopian Khat to arrive in the country. 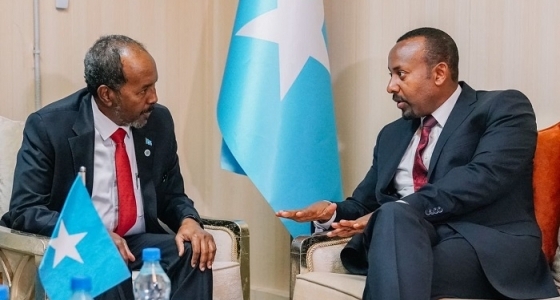