That means a candidate must be a Somali citizen who is also a Muslim and aged 40 or older. A contestant must also possess knowledge and experience commensurate to the position. 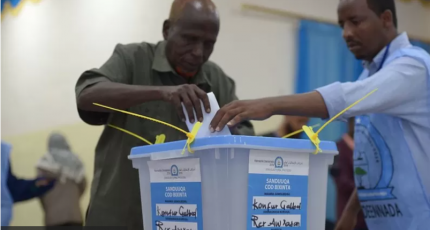 MOGADISHU, Somalia - Somalia’s definitive polls date has exposed candidates to a new round of conditions, setting the stage for one of the toughest contests they will face to be cleared.

On Thursday, a special parliamentary task force chosen to prepare for the much-delayed elections settled on May 15 this year as the date of the presidential election.

The date coincides with Somalia’s Youth Day, a day Somalis say sowed the seed of independence demands back in 1943 when the Somali Youth League was formed.

But this time, apart from offering certainty to an end of a prolonged electoral cycle, the date could also be giving candidates a headache.

The elections, initially scheduled for March 2021, have been delayed for more than a year, attracting more aspirants along the way. By Thursday, at least 15 candidates had expressed intent to contest.

According to the rules publicized by the task force, each candidate interested in the post of federal president will be required to register their candidacy between May 8 and 10. Those who fail to do so will be locked out.

After registration, the contestants will be required to address a joint session of the two chambers of parliament on May 11 and 12.

In Somalia’s bicameral federal legislature, the Upper House (Senate) has 54 members while the Lower House has 275. These MPs sit in a joint session to vote for the president by secret ballot.

It is expected that candidates will also fork up a huge sum of money in registration fees. As of Thursday, the task force had not announced the fee yet. But in 2012, a candidate was required to pay $10,000 when submitting an application letter. The amount rose to $50,000 in 2017. The fee could be higher this time, although critics have argued it locks out suitable contenders at the expense of moneyed politicians.

But there are other conditions. Each presidential candidate must be proposed by a minimum of 20 legislators or at least one federal member state.

Once the registrations and speeches are completed, the committee will take two days to prepare for the election.

“The most important day is reserved for Sunday, 15th of May, when the members of both chambers are expected to convene a session at the Big Tent, a large hangar that is situated inside the highly guarded Aden Abdulle Airport, to elect a president,” said Committee Chairman Abdikani Mohamed Gelleh, a senator chosen on Thursday to lead the presidential polls committee. He will be deputized by Mohamed Kerrow.

Mr. Gelleh told the media that all the other conditions set during that last presidential election in January 2017 will be applied.

That means a candidate must be a Somali citizen who is also a Muslim and aged 40 or older. A contestant must also possess knowledge and experience commensurate to the position.

Those who contest must also not have been convicted by a court of law with a high-level crime.

This year, the field is expected to be crowded. Candidates are likely to include the incumbent Mohamed Abdullahi Farmaajo who is expected to be challenged by two former presidents — Sharif Sheikh Ahmed and Hassan Sheikh Mohamud; ex-Prime Minister Hassan Ali Khaire and a horde of ex-ministers, ex-diplomats, and Said Abdullahi Deni, the president of Puntland state.

Somalia has never re-elected a sitting president and all of the last five indirect polls have sprung forth a newcomer. 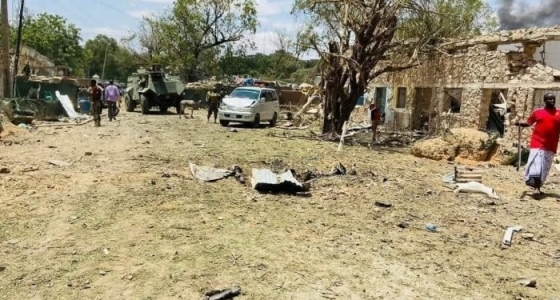