Somalia publishes names of disputed members in FEIT and SEIT 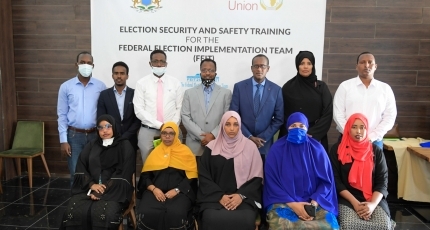 MOGADISHU, Somalia - Somalia’s Election implementation teams with the mandate to manage the upcoming Presidential and Parliamentary elections are in trouble after the opposition accused some members of being spy agents, civil servants, and the president's cronies called for their replacement.

The Prime Minister of the country Mohamed Hussein Roble nominated a ministerial committee led by the education minister that published on Tuesday the names of 67 members who are now set to be delisted from the Federal Electoral Implementation Team (FEIT) and State-Levels Electoral Implementation Teams (SEIT) as well as the dispute resolution body for free and fair elections.

As Somalia prepares for the crucial parliamentary and presidential vote in two months, the PM under constant pressure to make sure the process is transparent and inclusive to avoid further delay in the elections that missed the previous deadlines in late 2020 and February 2021.

All eyes are on Somalia’s electoral management bodies, which became the main obstacle to the elections after Farmajo included biased members in the teams to rig the votes for the upcoming members of the parliament to secure his second term in office.

The move came after the union of the presidential candidates has held several meetings with the prime minister in the past few days and rejected the current election commissions to manage the polls for the improper inclusion of Farmajo's loyalists.

Somali leaders have signed on May 27 an agreement on the election process following four days of talks in Mogadishu as the PM is trying to fix all contentious issues to move forward.