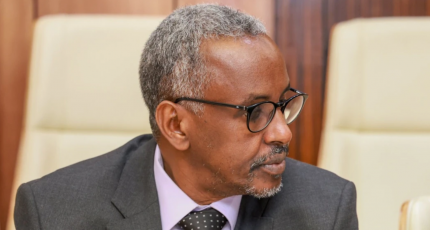 Somalia rejected on Wednesday what it called an "illegal claim" by Genel Energy to oil exploration and exploitation rights in the country's northern breakaway region of Somaliland, the country's oil ministry said. Somaliland claimed independence from Somalia in 1991 and has been largely peaceful while the rest of the country has grappled with three decades of civil war, but its leadership has failed to gain widespread international recognition.

In a statement, Somalia's oil ministry said it "categorically rejects Genel Energy plc's claim to own petroleum rights in Somalia's northern regions and calls upon Genel Energy plc to cease its illegal claim to own petroleum rights." The oil ministry said it was the only institution legally authorized to grant permits in Somalia.

Any authorization granted in violation of Somalia's laws and regulations is unlawful and would be considered null and void," the oil ministry said. Genel Energy and Somaliland officials did not immediately respond to requests for comment.

The company, which is listed on the London Stock Exchange, added Somaliland to its exploration portfolio in 2012, and signed a farm-out agreement with OPIC Somaliland Corporation for a block on the Ethiopian border last year, according to its website. Earlier this month Genel said its geotechnical survey in Somaliland was complete.

This provides the data from which to plan the main civil engineering work, set to commence in the new year," it wrote on Twitter on Dec. 15. Hydrocarbon discoveries in Uganda and Kenya and huge gas finds in Mozambique and Tanzania have stoked investor interest in other parts of East Africa's hydrocarbon potential.