The announcement came after a two-day forum between Somali PM Mohamed Hussein Roble and leaders of the five Federal States plus Mogadishu mayor in the capital. 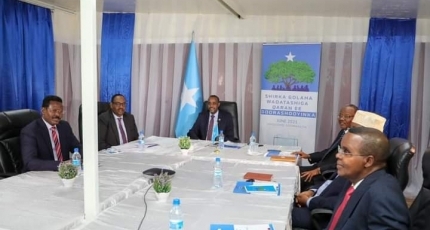 In a joint statement released at the end of the talks, the PM and the five regional states leaders as well as the Mogadishu mayor announced that the presidential election will take place on October 10.

They said the election of 275-member Lower House will be from August 10 to September 10 of this year while the election of 54- seat Upper House [Senate] should be completed by July 25.

Thousands of electoral delegates representing Somali clans divided into 4.5 will cast their votes for members of the Lower House, while the regional states will select the members of the Upper House.

Dozens of candidates, including the incumbent and former leaders and PM, are vying for the country’s top seat in an indirect ballot in which the MPs of the parliament will elect the president.

The 2016-2017 elections were marred by corruption, irregularities, and vote-buying as one Lower House seat cost $1 million for a candidate in one of the poorest countries in the world.