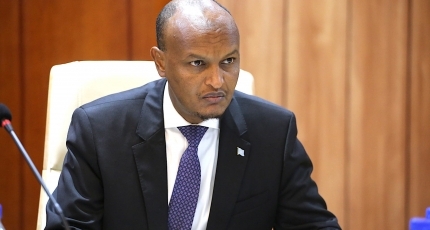 In a statement posted on his Twitter handle, Guled described a report by The Star as baseless and untrue, reiterating that Mogadishu is keeping an eye on the ICJ's final decision on the long-running case.

Somalia sent a team led by deputy PM to Hague to represent the sea border dispute hearing by the UN judicial organ in March of this year without Kenya's presence.

Somalia has filed a lawsuit against Kenya in 2014 and asked the ICJ to decide the case which is the flashpoint of the diplomatic standoff between the two countries.

Kenya's dispute with Somalia centers on some 100,000 square kilometers of Indian Ocean waters rich in fish, and also oil, and gas with each side accusing the other of auctioning the marine resources to foreign firms.