Somalia wins maritime case against Kenya less than what expected

The court ruled that most part of the disputed area belongs to Somalia, in what the experts say is beyond the expectation. 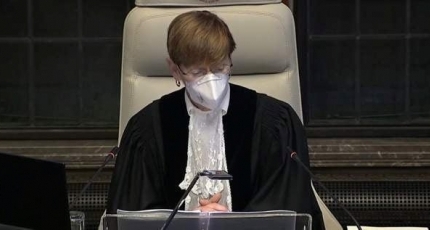 MOGADISHU, Somalia - The Hague-based UN's International Court of Justice (ICJ) has on Tuesday afternoon ruled in favor of Somalia in a long-standing sea border dispute with Kenya.

The ICJ has rejected Kenya's main argument that there is an existing border with Somalia that runs parallel to the latitude line. Somalia wanted to extend it along the line of the land border.

However, some have also been excluded from Somalia's territorial claims, starting with the 12-mile direct line to the land border, with the disputed territory covering 100,000 square kilometers.

As shown on the map, Somalia got less than what wanted, but the most productive area. The maritime border dispute has been central to a diplomatic row between the two countries.

The ruling comes days after Kenya said it will not comply with the ruling of the ICJ as the East African nation has repeatedly failed in its efforts for an outside court settlement.