The two had previously demanded the withdrawal of SNA troops sent by Farmajo to Gedo last year and hold the meeting in a secure place protected by AMISOM. 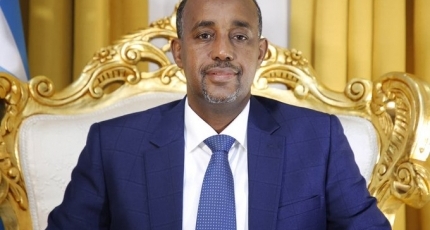 MOGADISHU, Somalia - The Somali caretaker PM, Mohamed Hussein Roble is expected to meet with the five regional leaders in Halane Base as part of the ongoing efforts to end the standoff over the electoral process.

According to sources privy to PM's office, Roble will be meeting the leaders at Airport Hotel to discuss the resumption of the poll talks and bring an end to the long-running differences surrounding the upcoming election.

The international community has urged all sides to come together and ink an inclusive deal in which could lead Somalia to a free and inclusive election immediately.

After having several meetings, the leaders have reportedly agreed to again kick off the talks after Jubbaland and Puntland leaders accepted mediation by their regional counterpart sided with the outgoing President.

The two had previously demanded the withdrawal of SNA troops sent by Farmajo to Gedo last year and hold the meeting in a secure place protected by AMISOM.

On the other side, the International Community has held a meeting with the regional leaders ahead of inclusive talks at Afisyoni, asking the Speaker of the Lower House of Somali Parliament, Mohamed Mursal to delay Monday's session until Wednesday.

It was on Saturday when Mursal suspended 15 lawmakers from attending the Parliamentary sessions accusing them of misbehavior and creating unrest in the House.