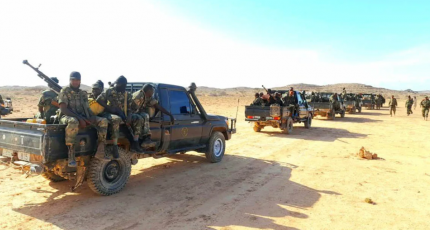 MOGADISHU, Somalia - A brewing tension was reported on the outskirts of Buhodle, the regional capital of Togdheer between Somaliland and Puntland forces as millions face a devastating drought.

The situation soared after Somaliland deployed a large number of troops to areas near Buhodle, where Puntland troops are in control. Both sides are on high alert and there is fear of armed clashes.

The people of the conflict areas who spoke to KON via phone said on Monday that they are afraid that the two sides could engage in a heavy fight that will cause mass displacement and loss of lives.

The forces of Somaliland and Puntland fought in contested border areas with the breakaway region's troops capturing several villages, including Tukaraq and Boocaame in the latest incursion.

The territorial conflict between the Somali states goes back to the colonial era. Somaliland is a British protectorate that claimed to have seceded from Somalia in 1991 bu still considered internationally to be part of Somalia while Puntland is among the five Federal States in the Horn of Africa.