Trouble in Jubaland as aspirants demand change of election centre

The restrictions were announced just hours after Somali leaders extended parliamentary elections to March 15 after failing to meet the February 25 deadline. 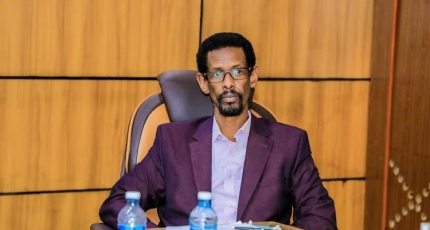 KISMAYO, Somalia - The delayed Somalia elections are facing headwinds following another dispute over the federal parliamentary election in Garbaharay, Gedo region of Jubbaland.

Some aspirants are demanding the election center be moved to the federal state’s interim capital, Kismayo.

They cite insecurity posed by the al Shabaab militants and influence by Somalia President Mohamed Farmaajo.

The hopefuls say President Farmajo, who is not on good terms with Jubaland president Ahmed Madobe, has interests in the election and is “meddling in the Gedo region”.

This further contributed to the strained ties with Kenya, which backed Madobe. Somalia accused Nairobi of meddling in its domestic politics.

The Somalia elections were supposed to be held on February 25 but were for the umpteenth time postponed, this time to March 15.

In the indirect system, delegates are supposed to vote for 275 MPs for the Lower House while state legislatures elect senators for the Upper House, a process that has now been completed.

Once the Lower House election is concluded, the two assemblies will vote for the next president.

However, the Lower House elections are yet to be concluded, as only 175 members have been elected.

The new extension was to allow the remaining MPs to be elected.

In the federal parliamentary elections, each regional state has two polling stations to balance clan representation.

“The two regions in Jubaland are Kismayo with 27 slots Garbaharay with 16 parliamentary seats. Mohamud Sayid Aden, the Jubbaland vice president and ministers in the Jubaland government were warned against visiting the Gedo region by the Somali National Security forces controlling the region until the electioneering period ends,” a source in Gedo said.

This, the source said, has created mistrust and the Jubaland administration sees it as an attempt by President Farmaajo to hijack the election.
Some parliamentary aspirants are now in Kismayo asking the Somali National Election Board to relocate the Garbaharey polling stations to Kismayu for free and fair elections

One of the aspirants, Abdi Ali Hassan, said they don’t expect free and fair elections at Garbaharay due to the heavy presence of security personnel deployed by President Farmajo and coordinated by Fahad Yassin, the former Somali National security intelligence boss who was recently elected as an MP.

However, the local media reported that the election commission had rejected his win.

Hassan said the threats against the Jubaland administration state officials who hail from the region that they cannot step in Gedo region was enough to expose how the election process was hijacked by Farmajo's administration.

Ahmed Aden Safina, the spokesperson for the Somali elections board said the dispute surrounding the Garbaharay elections will derail the successful completion of the countrywide election as the March 15 deadline approaches.

This is even as local media reported demonstrations against what protesters called “interference from the Kenya government” in the Gabarharey elections.

Local media reported that the protester called on the federal government of Somalia to intervene in the matter and ensure that elections are carried out as planned in Garbaharey, noting that Gabarharey residents were being denied their democratic right due to “flimsy reasons”.

UN Special Representative for Somalia James Swan on Wednesday meet with Ambassador Adeoye Bankole, African Union Commissioner for Political Affairs, Peace and Security, and discussed the importance of Somalia's elections and Amisom transition, as well as strengthening the AU-UN partnership.

On Friday, the US government announced visa sanctions to Somali officials and individuals, accusing them of “undermining the democratic process in Somalia”, following the delay in the parliamentary elections.

Secretary of State Antony Blinken in a statement said the sanctions were “to promote accountability for their obstructionist actions.”

The restrictions were announced just hours after Somali leaders extended parliamentary elections to March 15 after failing to meet the February 25 deadline.