Puntland located in northeastern Somalia has been at war with Al-Shabaab and ISIS-linked militants for more than ten years. 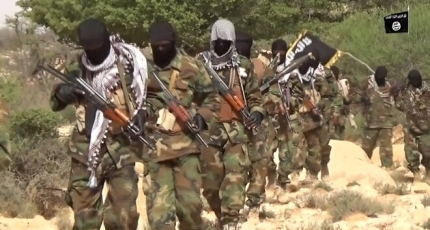 BOSASO, Somalia - Security forces in Puntland state have launched anti-terrorist raids in key areas in the Bari region in response to security threats from Al-Shabaab and ISIS groups.

Al-Shabaab fighters who fled from southern Somalia following series of defeats on the battlefields are now moving towards Puntland state, where they had established bases.

The militants holed up in the Galgala mountains, about 50 kilometers southwest of Bosaso, a port city on the Gulf of Aden that has encountered Al-Shabaab attacks in the past years.

In late 2015, a former Al-Shabaab preacher Sheikh Abdulkadir Mumin defected from the terror group to form an ISIS-linked faction in the hills, where his loyalists engaged several deadly clashes with the Al-Qaeda ally.

Puntland is facing dual challenges from Al-Shabaab and the growing presence of fighters allied with the pro-Islamic State group in the mountain ranges.

In March 2021, Al-Shabaab has killed seven soldiers as it freed at least 400 prisoners, many of them its members, in an overnight assault on the main prison in Bosaso, Puntland's largest commercial city.

The operation comes weeks after Puntland military court in Galkayo sentenced to death more than 20 Al-Shabab members who were convicted of being responsible for bomb attacks and assassinations that occurred in the central town for the past 13 years.

The region established in 1998 is heading to local election by the end of this year with fears that the terrorist groups could disrupt the voting exercise in the small areas around Bosaso.