Two warring clans in Somalia agree to an immediate cease-fire

The tribal conflict has claimed the lives of dozens of people and wounded scores in the past weeks, according to the hospital sources. 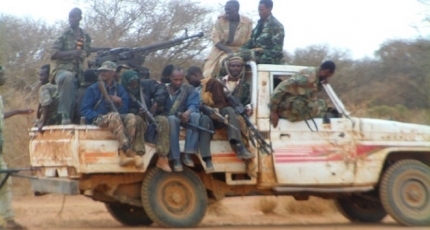 MOGADISHU, Somalia - Galmudug state says two warring clans in the Galgadud region have agreed to silence their guns and open dialogue aimed at bringing an end to the hostility.

At least 20 people were killed on the 27th of this month after a battle broke out between two tribal militias in areas under Adado and Abudwak Districts following a bitter dispute over water well.

Galmudug and SNA forces have been deployed to the areas where the fighting took place and intervened in the conflict and succeeded to de-escalate the tension, according to the residents.

Galmudug Interior Minister Abdi Mohamed Jama, who was one of the people who led the peace efforts said that decisions have been made so far to find a lasting solution to the battle.

According to the minister, the weapons are being banned from the battle areas, and the two militias' forces are to be removed to give a chance to the peace talks.

The ceasefire provides the best opportunity for peace between the two clans, we must not let the war to reignite," said the interior minister of Galmudud speaking to the local media.

The minister announced that Galmudug will hold a reconciliation meeting between the two communities which will be held on the 9th of the month in Dhusamareb city of central Somalia.