Massive cuts in overseas aid to many of the world’s poorest countries will be made within weeks, according to government plans kept secret from MPs. 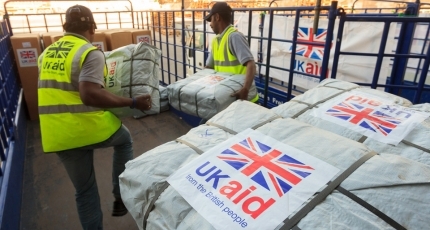 Syria, Somalia, the Democratic Republic of Congo, South Sudan, Libya, Nigeria and Lebanon are all poised to lose more than half of their funding – even as the Covid-19 pandemic adds to ongoing deep poverty and conflict.

The move comes despite the outrage over a near-60 per cent cut to war-torn Yemen, the first stark evidence of Boris Johnson’s widely criticised decision to slash £4bn-a-year from the aid budget.

Now proposals for the next cuts – reaching a staggering 88 per cent in Lebanon, still reeling from last year’s Beirut port explosion – are revealed in information obtained by the investigative website openDemocracy.

Seen by The Independent, they also include plans to remove Sudan’s “entire CSSF budget”, the Conflict, Stability and Security Fund which is a strand of the aid programme.

They have been condemned by Andrew Mitchell, the former Conservative international development secretary, as flying in the face of a pledge to protect “humanitarian relief” from the cuts.

Christian Aid in South Sudan warned that “cuts on the scale being reported couldn’t come at a worse time for a country in crisis”.

“Peace talks are at an extremely delicate stage,” said director James Wani, adding: “Without funding for peacebuilding, the talks risk failure. And without peace, development and humanitarian work can’t succeed.”

And Mohamud Mohamed Hassan, Save the Children’s director for Somalia, warned: “These reports are worse than we feared and, if true, the impact on children would be inconceivable.”

MPs had made repeated attempts to obtain the details of the cuts planned, but were rebuffed by the Foreign, Commonwealth and Development Office (FCDO).

Meanwhile, as The Independent revealed, the prime minister is set to break his promise to give MPs a vote before they start – because he fears defeat, Tory rebels say.

Dominic Raab, the foreign secretary, had promised legislation – admitting the cut from 0.7 to 0.5 per cent of national income could be unlawful without it – but the vote was shelved and may not take place at all.

The reductions, however, will start from April. Only around £3.5bn is available for direct aid projects, but – until now – which countries will be hit the hardest was unknown.

Yet the Disaster Emergency Committee has recently warned of starvation in many of those countries, as the pandemic fuels existing economic and humanitarian crisis.

It said the number of people in Somalia requiring humanitarian assistance had risen by 700,000 and that 190,000 babies had missed their vaccinations last year.

In Nigeria, 7 million more people are expected to fall into poverty this year, according to the World Bank.

Mr Mitchell added: “The foreign secretary assured parliament that he would protect seven strategic priorities from cuts, including humanitarian relief.

“Nothing like what is being suggested here should be considered until parliament has given its express consent, which I rather doubt will be forthcoming.”

“They are critical and lifesaving – food, water, help for malnourished babies, vaccines for remote communities, and learning programs for kids who are out of school. This would be felt by millions of Somali children now, and for years to come.”

Amid the secrecy, only the Yemen cut has been revealed – a reduction to £87m, from £197m last year – and only because an international donor conference was staged.

Criticised by Sir Keir Starmer in the Commons, Mr Johnson drew fresh condemnation for saying Labour should not be focusing “on the interests of the people of Yemen”.

The FCDO declined to comment on the figures, but said the pandemic had “forced us to take tough but necessary decisions, including temporarily reducing the overall amount we spend on aid”.

“We are still working through what this means for individual programmes and decisions have not yet been made,” a spokesperson said.