Ethiopia, for instance, abstained from the October UN resolution to condemn Russia’s invasion of Ukraine, but is among the first countries that are confirmed to be receiving the donation. 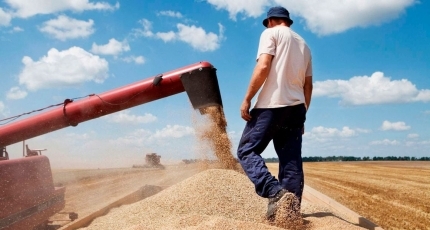 Kenya, South Sudan, and Somalia are among African countries which will benefit from a donation of grains from Ukraine meant to help alleviate the growing hunger crisis on the continent, despite Kyiv’s own internal woes in the face of a war with Russia.

Kyiv has partnered with international donors including the European Union to establish the “Grain from Ukraine Humanitarian Programme”, which will enable several hunger-stricken countries in Africa and Asia receive food donations from the war-torn eastern European nation.

Speaking to African journalists from Kyiv on Monday, Ukraine’s Minister for Foreign Affairs Dmytro Kuleba said the programme seeks to lift at least five million Africans out of the growing food insecurity crisis, which has been exacerbated by Russia’s invasion of his country.

“This will be possible through the dispatch of one to 10 ships per month in 2023. We invite partners from all over the world to join the programme and allocate finances for purchasing ships with Ukrainian grain that are then shipped to the most vulnerable countries free of charge,” Mr Kuleba said.

Already, there are over 20 countries and the European Union contributing to the programme, with Ukraine also drawing finances from its “war-torn budget” to purchase the grains for donation to Africa, Mr Kuleba said.

Last Saturday, 29 countries, including Ukraine, meeting at the International Summit on Food Security, fundraised almost $150 million for the programme. Mr Kuleba said several ships with Ukrainian grain are already enroute to Africa and that the food will be given free of charge.

Other African countries expected to benefit from the donations include Ethiopia, Sudan, Democratic Republic of Congo and Nigeria.

Ukraine, which accounted for close to half of the world’s grain exports before the invasion by Russia in February 2022, has significantly fallen back on trade as a consequence of the war.

Previously, at least 10 percent of the world’s wheat exports came from Kyiv and it accounted for about 20 percent of barley exports and 50 percent of sunflower oil exports. Since the war started, there were barely any exports coming out of the country.

Given that 32 percent of all African wheat imports come from Russia and 12 percent from Ukraine, the eastern European conflict has heavily impacted the African population.

The brokerage of the black sea grain deal between Russia, Ukraine and the government of Turkey, however, provided a lifeline for many African countries in which food prices were already spiralling as a result of the war, but Russia has since walked back on the deal.

In a recent report assessing the impact of the Ukraine war on the African population, the United Nations Economic Commission for Africa projected that by end 2022, it will have pushed nearly 310 million Africans into food insecurity and increase those facing acute hunger by six million.

Currently, there are about 4.5 million people in Kenya facing acute food insecurity and in need of immediate humanitarian assistance, according to the Inter-Governmental Authority on Development (Igad). In the entire region, about 40 million people need food aid.

Ukraine says it cannot stand by and watch as hunger ravages people when there is something it can do, hence the formation of the programme, notwithstanding its current predicament of the ongoing war.

“Russia’s war has hit hard not only our country, but countries of Europe, Africa, Asia, and beyond. This is why the programme is so important to help alleviate the food insecurity for millions of people across the world,” Mr Kuleba said.

According to the minister, Kyiv’s inspiration is “the genocide by starvation”, a man-made famine initiated through confiscation of food products from Ukrainians by the Soviet government under the leadership of Joseph Stalin between 1931 and 1932.

“For us, it’s a historical trauma, and we promised two things to ourselves: first, no country will ever do the same to Ukrainians, and second, that anytime we can help others to avoid famine, we will be doing so,” Kuleba told journalists.

While Kyiv also continues to rally more African countries to stand strongly against Russia’s insurgency in its borders, the minister maintained that the choice of countries receiving the aid was purely based on need and not political affiliation.

Ethiopia, for instance, abstained from the October UN resolution to condemn Russia’s invasion of Ukraine, but is among the first countries that are confirmed to be receiving the donation.

After his trip to Africa in October, Mr Kuleba said he would like the African countries which abstained from the vote, including Tanzania, Uganda, and Burundi, to strongly take a stance against the invasion.