He said the funding will focus on integrated multi-cluster interventions that prioritize key lifesaving activities for people most affected by the drought in Jubaland and Puntland. 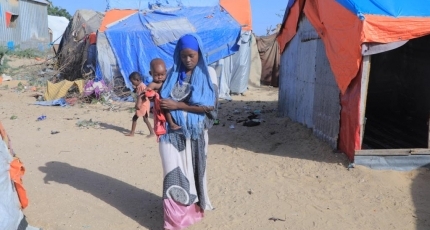 MOGADISHU, Somalia -- The United Nations humanitarian agency has launched an early allocation of 25 million U.S. dollars from the Somalia Humanitarian Fund (SHF) to provide immediate assistance to communities hard-hit by the drought emergency in priority locations.

Adam Abdelmoula, UN Resident and Humanitarian Coordinator for Somalia said on Thursday the allocation complements the 17 million dollars that were recently provided from the UN Central Emergency Response Fund (CERF) to meet the immediate needs of communities affected by drought.

'Substantial and early funding for response activities, including the 2022 Humanitarian Response Plan, is critical to prevent further suffering and save lives,' Abdelmoula said in a statement issued in Mogadishu, the capital of Somalia.

He said the current drought emergency which is similar to the 2016/2017 crisis, in some ways, is already worse. The UN official said already over 4.3 million people are affected and over half a million displaced, and the numbers are surging.

He said the allocation will focus on underserved and hard-to-reach areas at a time when recurring shocks have deepened poverty levels in Somalia, compounded pre-existing vulnerabilities, and stripped communities of their livelihoods.

Abdelmoula said the allocation will catalyze additional resources and early action to save and sustain the lives of those most affected by the deepening drought.

He said the funding will focus on integrated multi-cluster interventions that prioritize key lifesaving activities for people most affected by the drought in Jubaland and Puntland.

Somalia, which is on the frontline of climate change, has been heavily impacted by the severe drought that is sweeping across the Horn of Africa, the UN said.

"With the next rainy season not expected until April 2022, scores of people in these areas are staring at a potential catastrophe," the UN said.

Mr. Swan also noted that some of the country’s critical priorities include finishing the constitutional review process and addressing urgent needs for improved development, security, and the current drought.

Somalia at risk of Famine

Inaction on Somalia drought could cost hundreds of thousands of lives: UN 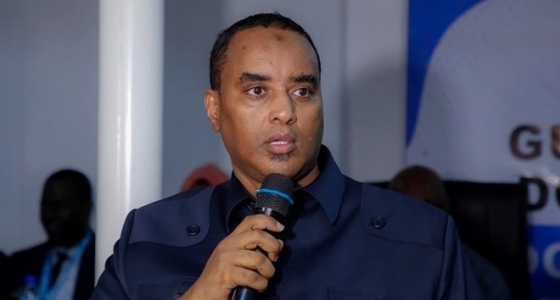